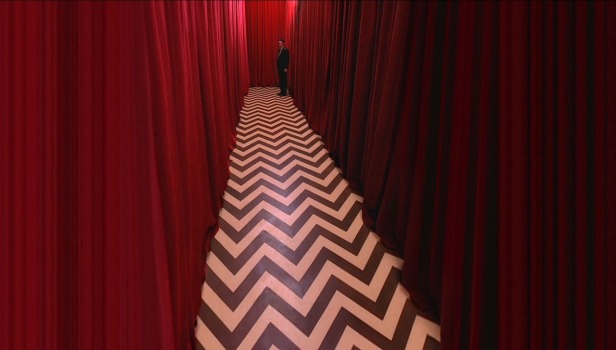 The episodes of Twin Peaks have a distinct structure: following a recap of events relevant to the upcoming narrative, the series begins with the music piece “Falling”. This is accompanied by a shot of a varied thrush, and then of the Twin Peaks saw mill. The opening credits generally appear alphabetically. The majority of episodes end with a suspenseful twist or cliffhanger, revealed just seconds before the ending. With rare exception, the credits always rolled over a photograph of Laura Palmer, accompanied by the piano piece “Laura’s Theme”.

A popular feature of the series was Frost and Lynch’s trademark use of repeating the sometimes mysterious motifs—trees (especially fir and pines), coffee, cherry pie, donuts, owls, logs, ducks, water, fire—and numerous embedded references to other films and TV shows.